So we are sitting here wondering if we had an update yesterday and a few in July, Google was radio silence about those unconfirmed updates.

Now, Google posts some more tips around core updates and at the end of that blog post wrote “we’re constantly making updates to our search algorithms, including smaller core updates. We don’t announce all of these because they’re generally not widely noticeable.”

Here is what Danny Sullivan, the Google Public Liaison for Search, wrote in this article:

Broad core updates tend to happen every few months. Content that was impacted by one might not recover – assuming improvements have been made – until the next broad core update is released.

However, we’re constantly making updates to our search algorithms, including smaller core updates. We don’t announce all of these because they’re generally not widely noticeable. Still, when released, they can cause content to recover if improvements warrant. 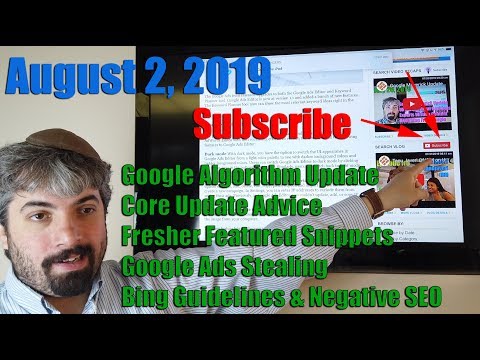 This turned out to be a pretty busy week in the search space. We had a possible, unconfirmed, but yet really heating up, Google search ranking update. Google posted advice on what site owners can do if their sites fall after a core update. Google confirmed that the Google Discover feed is impacted by these core updates. Google also said they do smaller core updates more frequently and do not confirm those to the community. Google also confirmed they launched back in late February a featured snippets update to show fresher results when relevant. Google Ads expanded its broad and phrase match to include keyword close variants. Bing is looking to update its webmaster guidelines and wants to know what you think they should penalize. Bing said negative SEO really doesn’t seem to work. Dan Shure posted his audio notes from a private dinner he had with Gary Illyes of Google and other SEOs from two years ago. Bing said removing spam is not suppressing free speech. Google suggested clips is now using a modal. Google removed references to PageRank and the 200 ranking signals from a help document. Google said there is no such thing as LSI keywords. Google local knowledge panels are letting some people edit the people also search for feature. Google is testing dropping the breadcrumbs from the search results snippets in mobile. Google hotel reviews are supplementing the TrustYou data. Google’s quality raters guidelines went missing, then was redirected to a new location. RankRanger added tracking for FAQ and how to rich results. Google Ads Editor 1.1 launched and Google Keyword Planner tool expanded more keywords. Finally, make sure to check out the two new vlogs, one was part two with Rand Fishkin of SparkToro and the other was with Tanu Javeri of IBM – and do not forget to subscribe! That was this past week in search at the Search Engine Roundtable.

I am seeing signs both in terms of early chatter within the SEO community and industry and the automated tracking tools of an Google search ranking update brewing. The update may have started some time last night, but let’s say this is currently an unconfirmed August 1st update.

Google has not pre-announced any core update today but who knows.

Let’s not forget the last August 1st update that was on August 1, 2018, which I ended up naming the Medic update and Google later confirmed as a core update. This August 1, 2019 unconfirmed (currently) update does not currently seem as big as the one a year ago – so no need to panic.

Here is some of the chatter from the ongoing WebmasterWorld thread:

Anyone seeing anything mental this morning?

Our average rank has completely dropped

It is still early but I am seeing some people asking me on Twitter:

@rustybrick Hi Barry, you noticed any signs of a G update? just seeing some earlier signs for some UK based SERPS I follow

Here are screen shots from the automated tools: 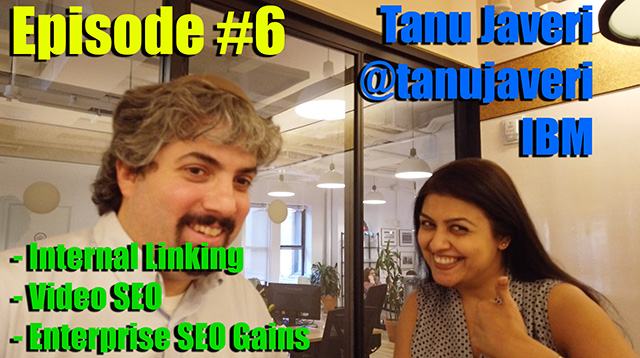 In episode #6 of the vlog series at the Search Engine Roundtable I interviewed Tanu Javeri (@tanujaveri) of IBM, the Senior Global SEO Strategist. We talked about how doing a little bit of internal linking within the IBM.com domain name can result in huge Google ranking gains for some internal pages. We also talked about video SEO and how it is often under appreciated and utilized by the SEO community.

This was actually the second day of interviews, the fourth interview ever. I also edited this video myself.

If you try to access the Google Quality Raters Guidelines PDF document, you will be out of luck. The PDF seems to have been removed from Google’s servers. This happened before and when that happened it was a mistake, Google fixed it. This time, I suspect it is almost a mistake and Google will fix it.

If you try to access the PDF by going directly to it over here or just Googling it and clicking on the result [Google Quality Raters Guidelines] it will currently 404 for you.

Again, I assume it will come back soon but if not, you can get an archived version over here or at the Wayback Machine. 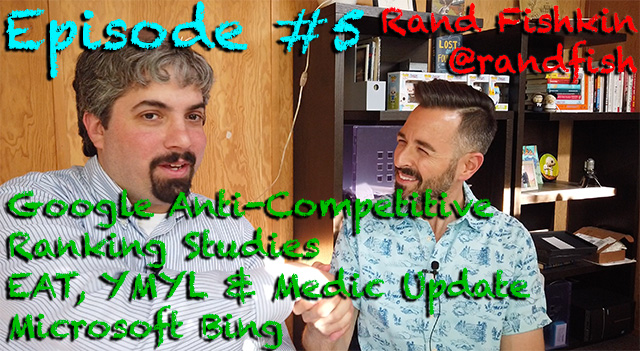 In our fifth vlog episode I was in Seattle for Mozcon and I asked Rand Fishkin (@randfish) if I can interview him for my new vlog series. He invited me to his home/office, aka ShedToro, and despite some angry bees, I think the interview went pretty well. This is part two of a two part interview, here we discuss Google being anti-competitive, ranking studies, EAT & YMYL SEO and Microsoft Bing.

In part two, we discuss some of Google’s anti-competitive behavior, if we can trust the new people at Google after folks like Matt Cutts, Amit Singhal and Brian White left Google but with Paul Haahr sticking around and bringing in Danny Sullivan to Google. We discussed the hearings in Senate and Congress and his study about how Google is taking all the clicks without letting people out of search. We even talked about Google Panda, Jason Calacanis’s Mahalo web site, Sundar Pichai and more. Finally we discussed how Microsoft Bing is doing and then I left to go back to the hotel.

It was an honor interviewing Rand. And I hope you liked it.

I often hear rumors and theories that Google has coded into its search ranking algorithm its political bias. A lot of the debate going around now before US election time is if Google is doing that. Well, a 13+ year search engineer at Google named Ryan Moulton said if he ever saw evidence of this, he would resign.

He even added that he personally “aware of everything that controls how web pages are ranked.” “If I ever encountered a system that was designed to alter the results for political reasons, I would resign,” he wrote on a Hacker News thread.

The thread is related to a NY Times story named Tulsi Gabbard, Democratic Presidential Candidate, Sues Google for $50 Million. Representative Tulsi Gabbard (D-Hawaii) filed a federal lawsuit alleging that Google infringed on her free speech when it paused her campaign’s advertising account for six hours after the Democratic presidential debate on June 28.

Now Ryan doesn’t work on ads but he does work on core search. When someone in the thread wrote “How is that hard to believe? We know for a fact Google does political censorship.” Ryan from Google responded saying: 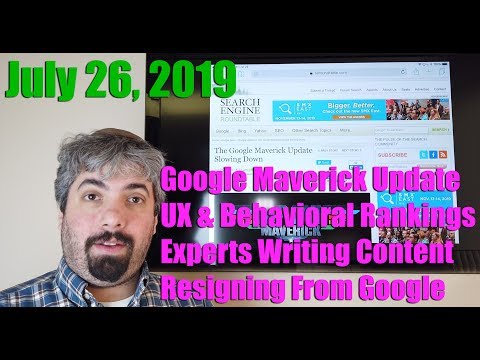 This week I covered a nice number of topics including the Google Maverick update kind of slowing down. Google’s John Mueller explained a bit how maybe Google would determine if a site is something searchers would like, it was super interesting. Google also said for YMYL and medical sites, you really must have experts write or review the content. Google’s Ryan Moulton said he knows everything about the search algorithms and if anything was in there designed to do political bias, he would resign. Google may be having some indexing issues with news publishers. A Google bug stopped some searchers from seeing the full set of search results, it was fixed a few days later. Google launched in image search, swipe to view and is adding AMP on image results to the Google Search Console performance report. Google ignores redirect loops of course. Google is busy adding new features and migrating old features to Google Search Console still. Google may show featured snippets from YouTube descriptions. Google said they restored the broken reviews in Google Local. Google said the short names suspension bug should be fixed soon, but is Google confused? Google launched “get a quote” button in the local business knowledge panel. Google is testing new tabs for branded local packs and more carousel interacted. Google launched a developer document on the basics of JavaScript SEO. Google author knowledge panels may now show scholar information. Bing was invited to present at Google’s own Webmaster Conferences. Google is launching the #AskGoogleWebmasters video series really soon. That was this past week in search at the Search Engine Roundtable.